Coming from a carpentry and joinery background I soon found that I was most passionate about restoring and renovating old properties to their former glory rather than working with modern buildings.

Sash Window Experts was started to focus entirely on the preservation of period windows and doors and our small team of craftsmen working from our workshop take great pride in the exceptionally high quality of our work whether it be reproducing whole new box sash windows or renovating existing windows and doors.

We are a small family run business and always aim to deliver very competitive prices for our quality work.

Most of our work these days comes from word of mouth recommendations from existing happy clients and I would love to discuss your own requirements with you during our no obligation appraisal of your windows.

Sash Window History Through The Years 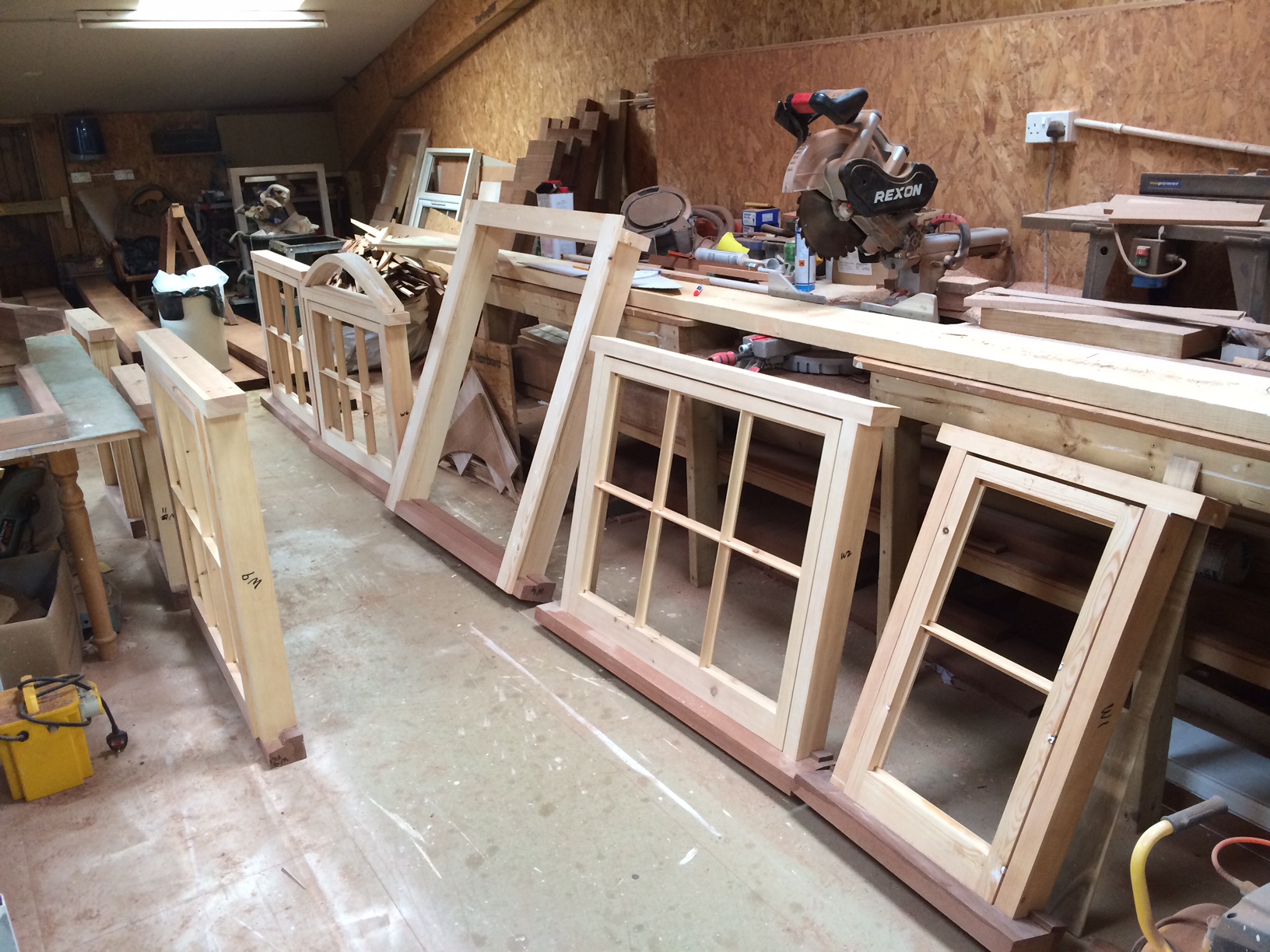 The history of the sliding sash window as we know it today was said to have originated from various countries within Europe, it is also thought that an English inventor played a major part in the development of the traditional box sash window.

Early versions of the sash window in the sixteenth century were glazed and horizontally sliding, followed by vertical sliding sashes that were kept in place with a series of holes and wooden pegs in the late sixteenth century, this developed even further into the late seventeenth century whereby pulleys and weights were introduced to the timber sashes; therefore the vertical sliding box sash window rapidly became installed throughout Britain towards the end of the century, an early example being Ham House. This was the property of the Duke and Duchess of Lauderdale which shows evidence that the counter balanced sash windows were being installed during renovation works at this time.

Sash windows were a common architectural design during the Georgian period often with six or eight panes, sometimes more to each sash. These sashes had large glazing bars and small panes due to the limitations and poor quality of glass sizes.

As we moved from the Georgian period to the Victorian, there were many changes in technology resulting in a change to sash windows. Primarily, larger and superior quality glass was developed, allowing for less glazing bars which were now of a slender appearance.

Leading on from this, the Edwardian sash grew in size, leading into an era with the fashion of floor to ceiling windows in large widths, making them a large statement feature. During this period, it was common place for a multi-paned upper sash, often with horns and a single or double paned lower sash. Sash horns were introduced in order to counteract the increased stress put on the joints of the sashes through using larger and heavier panes of glass. Up until 1850, horns were never used. Stained glass was also a rather popular feature during this time, which was often used in the upper sash.

Here in the twenty first century almost 75% of the country’s original box sash windows have been lost to either demolition or twentieth century replacements, but we at Sash Window Experts pride ourselves on preserving these historic windows by restoring, renovating and draught proofing thus allowing part of our British heritage to remain.

To find out how we can help bring all the classic period features of your homes’ sash windows back to life as well as repair them to prevent draughts and noise ingress, contact our small team of highly skilled craftsmen on 0800 197 0129 or fill out the form on our Contact page and we’ll get back to you as soon as possible.

Helen Thomas
If I could clone you for all the other work we need to do over the next few years, I would! Thank you Mark for having such a good team in place. And huge thank you to Gary, Alex, John and Glen for taking such care of our windows and giving them what they needed after years (decades?) of neglect. Your attention to detail and 'doing it right' was very much appreciated, and your ability to solve problems was awesome. Helen & Tim, Godalming

Roxana Avanu
Amazing service from start to finish, no issues and no drama. The name Sash Window Experts is well chosen. Mark and his team - Gary and John were extremely helpful and professional and the end product - new sash sound proof double glaze windows upstairs and the kitchen triple sash window restored was top quality. I am very grateful to Sash Window Experts.

Amy Clarke
Cannot fault Mark and his team. We replaced the original sashes to our 1890's home with new like-for-like hardwood double glazed sash windows, and apart from being warmer, quieter, cleaner and altogether much smarter, you really wouldn't tell the difference - an amazing feat! They are absolutely beautiful windows, so well crafted and fitted, and the restoration of rot on the original box is imperceptible. Gary was friendly, clean, professional, and safe throughout the fitting, and very thoughtful in causing minimal disruption to the home. Absolutely thrilled with everything from the service to the price to the final finish. Delighted with them. Would recommend in a heartbeat.

Alison Fordham
We were nervous about getting our Victorian French windows restored and had received a ridiculously high quote. Sash Window Experts came in at a good price, gave a timeframe that worked with our schedule and did a great job. All as promised. The fitter, Gary, put the doors back in with great care and took time made sure they worked smoothly and also discussed any queries with us. Definitely made the job value for money. Very happy customers! We are looking forward to beign able to open our doors again and enjoy the garden. Thank you Mark and Co!

Peter Jones
Our house is Edwardian and has the original sash windows from 1906. I really want to make sure that any double glazed windows did not look out of place - so the woodwork, including the side bars etc should still be very thin to match the originals. I was fearing ending up with fat wooden bars but Mark took me to see a previous customer and I was happy to see the woodwork there and it put my mind at rest. We went for the thin Krypton windows. Now the windows are in they look very good and match very well. To be fair to everybody, we will not know until the winter how well they remedy our warmth and condensation issues in the house but are confident we made the right choice. Other suppliers would not do separate window panes and instead would only do a large window with a false wooden strip down the middle to make them look like two. We did not want that. The carpenters, Steve and Gary turned up on time (early actually) and got on with the job very efficiently and left no mess behind. I am very happy with the company and the windows.

Natasha Birley
Mark and his team are amazing. They restored our sash windows and doors. Mark is really knowledgeable and passionate and explained the process to me so I knew exactly what they would be doing. Once the work commenced I was amazed by how well they draft proofed the windows. They took so much care and the guys were polite, tidy, timely and a joy to have around. I would absolutely recommend the team to anyone thinking of restoring their windows, they look AMAZING!

Rachael Smith
Absolutely outstanding quality, value for money and service from Rob. This is the second time Rob has done work for us and we can highly recommend him. The sash windows are like new! Thanks Rob 😀

Jon Reed
Used these guys to do a total refurbishment on the windows of my 1870s Victorian Villa style house. Incredibly happy with the work and the guys doing it are just superb. On time to the minute every day, clearly take pride in the work they do and super friendly. Would not hesitate to use again!

Or Find Our Recently Completed Projects on Social Media

★★★★★ – Supremely happy with the work carried out by Mark & Charles to my 200 year old windows. Even when more rot was found than expected did not phase them…….. Read More